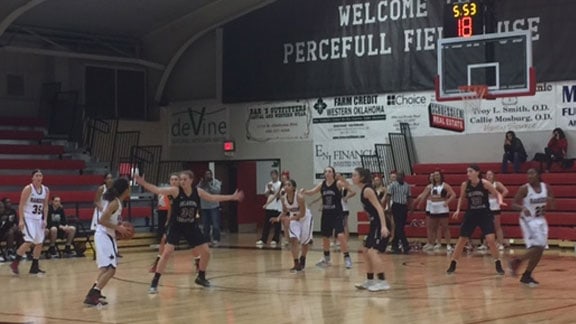 The Northwestern Rangers dropped their first home game of the season Saturday against the Oklahoma Christian University Eagles by a score of 81-59.

Overall, the Eagles hit 42 percent from the field and had four of their players in double digits for scoring. The Rangers relied on two consistent sources of offense in Kalea King who had 14 points and Ashley Pride who had 19 points. 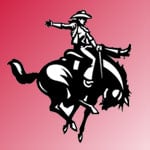 The Rangers started off hot led by an aggressive attack to the rim right at the heart of the Eagles defense by Kalea King for an electric and-one. NWOSU got the quarter by going on a 10-2 run, which was only held up by a couple close calls awarded toward the Eagles.

The Rangers offense began to struggle as the Eagles went on a 10-0 scoring run near the four-minute mark of the quarter.

Shortly after, the Eagles kept hitting by sinking another three pointer near the three-minute mark bringing the score to 15-10. Following the three, Destinee Robinson hit a mid-range jumper to end their scoring drought. This basket ignited the Lady Rangers offense to end off the first quarter on a 10-0 scoring run inspired by deep three-pointers from Ashley Pride and Bailey Forrell.

The second quarter started off very slow with both teams combining for 3-of-14 in the first five minutes. Joenae Isaac hit a three from the corner to aid the offense along.

After the scoring drought the Rangers were still up 23-19 with 4:30 left in the half. With about 1:30 left in the half, Relina Johnson threw a sensational assist right on the money to a cutting Isaac for an easy layup. Pride ended the half by sinking two free throws with four seconds left to bring the score to 27-21.

The third quarter started off evenly with the Rangers barely outscoring the Eagles 7-6 led by a three-pointer from Kori Barrios with 6:22 left in the quarter. Following, the Eagles offense erupted to go on a 14-5 scoring run at the 2:30 mark putting them up 41-39. As the Rangers offense continued to struggle with several missed threes, the Eagles kept it coming with a couple more baskets to close the quarter out at 47-40.

The fourth quarter got underway with a three from King, but it wasn’t enough to halt the offensive momentum from the Eagles, as they kept up the scoring bringing the tally to 57-47 halfway through the final quarter.

The game started to get rough and aggressive, as there was an onslaught of foul shots between the teams. Toward the end, the Eagles proved to be too much for the Rangers and pulled off an 81-59 victory dropping the Rangers to a record of 3-6.

The Rangers next have an away game coming up against the Oklahoma Wesleyan Eagles in Bartlesville, which is set for Saturday, Dec. 17 at 3 p.m.