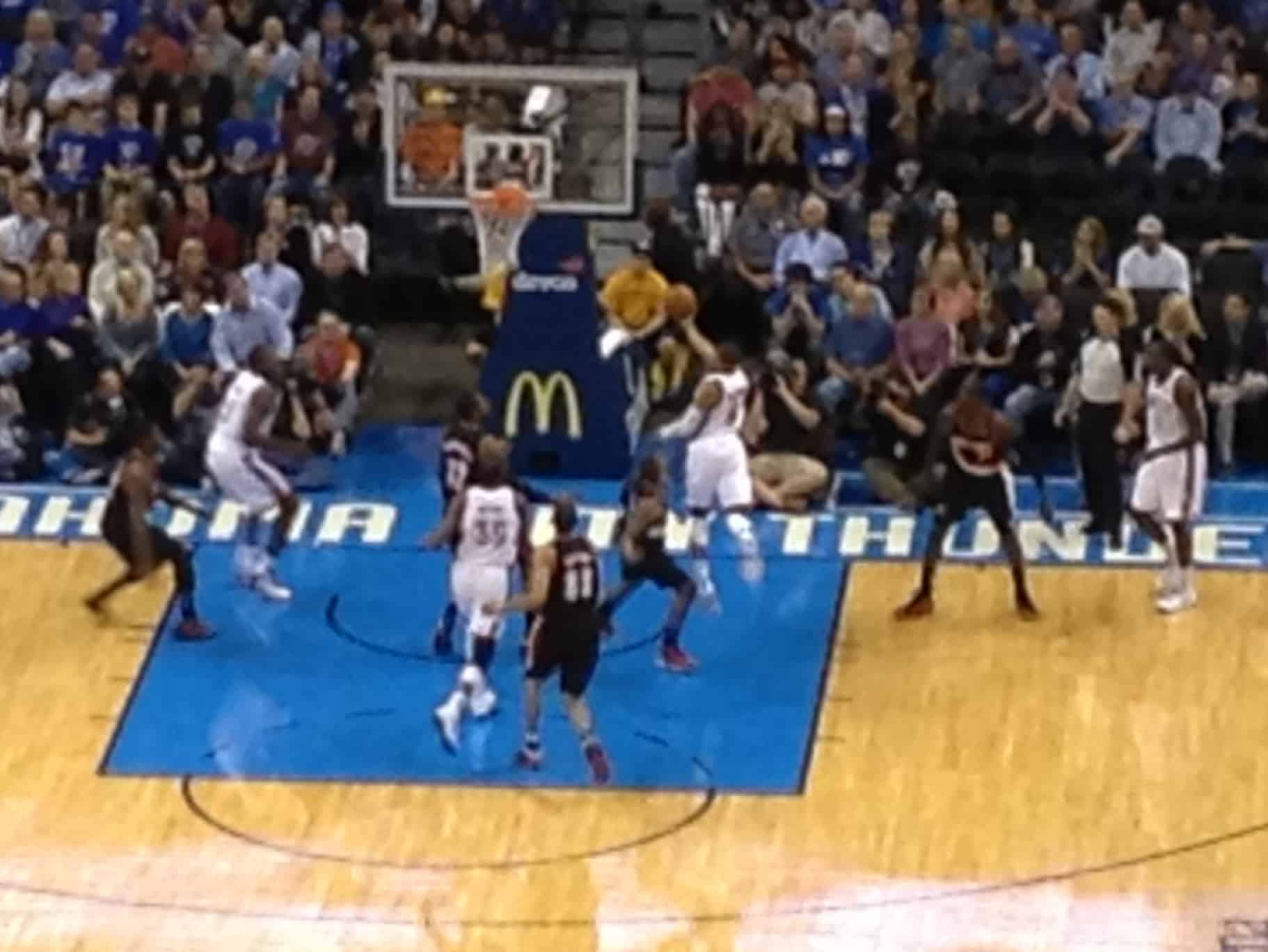 The Oklahoma City Thunder bounced back against the Portland TrailBlazers Friday night with a 106-92 victory in their home opener.

After losing at the buzzer in San Antonio the night before, the Thunder came out determined to achieve a different outcome at home.  Russell Westbrook looked like a different point guard.  He had only one turnover to his 32 points, 6 assists, and 5 rebounds.  Kevin Durant scored 23 points.  That number may seem low for the three-time scoring champ, but he is rounding out his game.  He grabbed 17 rebounds, dished out 7 assists, and blocked 2 shots.

It was not just OKC’s All-Stars who performed well.  Kevin Martin, acquired in the trade that sent James Harden to the Rockets, came off the bench to score 19 points.  Martin went 3-3 from long distance and 6-6 from the line.  That level of consistency is clearly something General Manager Sam Presti appreciated about the ninth-year shooting guard.  Also from the bench, Nick Collison scored 12 points, and Hasheem Thabeet came in to impact that game with a couple of blocks and 4 rebounds before fouling out.

The brief time that Coach Scott Brooks played rookies Perry Jones III and Jeremy Lamb should have Thunder fans excited about the development of these two players.  PJ3 looked eerily like a young Kevin Durant as he shot a short jumper after coming in at the end of the game, and Lamb drained a very long three in his short time on the court.

Overall, OKC’s first home game should have given fans reason to believe that all hope was not lost with the Harden trade.  The defending Western Conference Champions certainly have a different look this year.  It is comforting to see that even though they are obviously working to adapt to the changes, they are still among the top teams in the West.

Oklahoma City will play their next game on Sunday night at Chesapeake Energy Arena against the Atlanta Hawks.