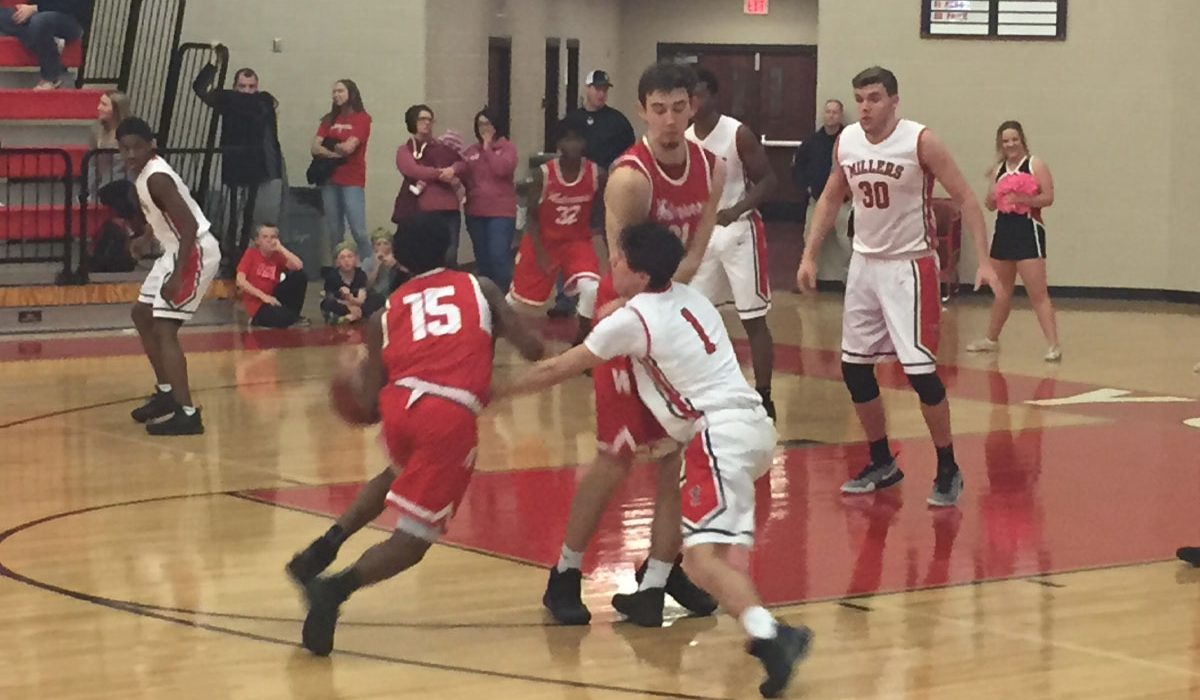 YUKON– Things got heated as both teams traded blow for blow inside Yukon Gymnasium, but one unlucky miss is all it took for the Yukon Millers to edge out the Westmoore Jaguars, 62-61, on Friday night.

The titanic battle between the No. 11 Millers and the No. 4 Jaguars came down to the last shot, but it was just too little too late for Westmoore.

With just less than one minute left in the game, a rebound came to a wide open Anthony Riley. Riley put up what would have been a game tying lay-up, but the shot took a bad bounce off the rim and was rebounded by Yukon. The closest the Jaguars got was a three-pointer to pull the game within one point as time expired.

The Jaguars answer came in the form of Damoriea Vick. Vick led all scorers with 24 points. Behind him was Will Graham with 16 points of his own. Westmoore ended the game shooting 36 percent from the field and 71 percent from the free throw line.

Westmoore started off quick by putting up a 7-2 run to start the game. However, the Millers went on a 10-0 run to end the first quarter. At the start of the fourth quarter, Yukon was down by 8 points, but came back to take the lead at the 6:10 mark.

Tensions in the stands came to ahead in the second half. Due to some heckling of some questionable calls by the officials, at least one fan was escorted from the game.

With the win, Yukon improves to 13-5 on the year and will face No. 2 Edmond North Tuesday on the road. Westmoore falls to 15-4 and will face Edmond Santa Fe the same night at home.