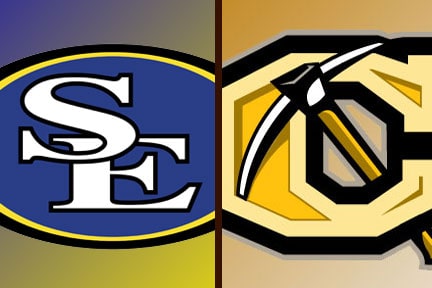 LAWTON – Cameron recovered from a slow start and held off a late run from Southeastern Oklahoma to win 80-77 on Wednesday night in Lawton to snap a two game skid.  The win for Cameron is the first since 2006 at home against the Savage Storm.

DJ Vallier went a perfect 6-for-6 from the field for a CU career high 19 points to lead the Aggies.  The clean night for the senior from Houston, Texas is the first since Charron Montgomery went 7-for-7 on Jan. 15, 2015 at Texas A&M-Commerce.  Montgomery led the team with seven assists and had 13 points; Brandi Gomez was also perfect but at the arc going 4-for-4 with 12 points.

“We had a great third quarter defensively,” said head coach Tom Webb.  “Our kids they played hard tonight and I’m just overall pleased about our effort.”

“(Brandi) Gomez is really good offensively and tonight she really buckled down defensively, she’s aggressive and physical, she pushed herself and I’m really happy for her. ”

Cameron struggled out of the gates early and midway through the first quarter the Savage Storm built up a ten point advantage.  Dayla Threatt kept the Aggies within reach and scored seven of CU’s 13 points but they would trail by six to Southeastern by end of the first 10 minutes.

The second quarter was all offense for both teams and a combined 64 points was scored.  The Aggies tossed up eight three-point buckets including a half-court shot at the buzzer by Savanna James who was making her first appearance of the season.  James’ shot was an in-bound pass from Threatt with 0.8 seconds left and surrounded by Savage Storm players to give the Aggies a 49-47 lead into the locker room.  Vallier had 10 points in the quarter as CU would shoot 13-for-18 on the floor.

The Aggies continued to pull away from the Savage Storm and managed to pick up a 12 point advantage with 5:08 left on the clock in the fourth quarter.   However, Southeastern took advantage of a cooled off CU offense and went on a 14-2 run to tie the game at 75 each with 1:19 left on the clock.   A pair fouls put CU up at the line with under a minute left where they would go 4-for-4 to make it a 79-75 contest.   With 13 seconds left the Aggies would miss the first free throw to push it to a five point game and in the next possession a late CU foul allowed the Savage Storm to get within three points.  Two missed CU free throws after a SOSU foul gave the Savage Storm two seconds to up a three shot which would miss left of the bucket to give the Aggies the win.

Southeastern (3-6) was led by Emem David who had 25 points and Olivia Potter hitting 24.

Cameron will close their non-conference slate on Saturday, Dec. 19 in Alva to face Northwestern Oklahoma at 1 p.m.