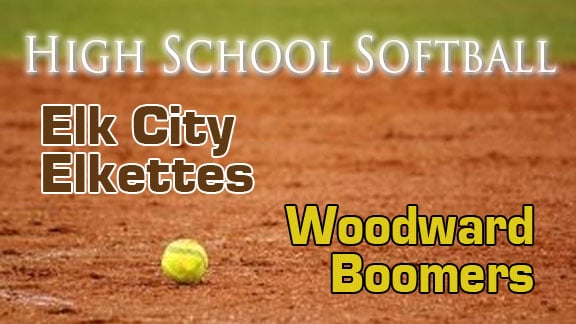 A little more than an hour separates rivals Elk City and Woodward and only four runs have separated the softball teams in two games this fall.

And both contests have gone to the Boomers.

Woodward (14-1) won its fifth straight game with a 7-4 victory at home over Elk City on Tuesday.

After the Elkettes (9-4) took a 1-0 lead in the first, Maison Moseley hit a homerun in the bottom of the inning to tie things up.

Woodward took the lead in the third when Kameron Pope hit a double to bring home Moseley and Devre Newby. Pope was 2-for-4 on the day with four RBIs.

The Boomers would add four more in the fourth to go up 7-1.

But Elk City didn’t go away quietly. The Elkettes got three runs in the top of the seventh, but the rally came up short.

Sierra Whipple picked up another win in the circle with six and two-thirds innings of work.