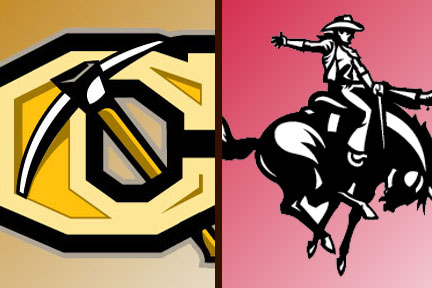 ALVA –  Despite trailing most of the game, the Cameron men’s basketball team upended Northwestern Oklahoma 72-70 on the road Tuesday evening thanks to a JV Long buzzer beating layup. The win brings the Aggies above .500 on the season at 6-5.

“Every stat tonight said we should have lost,” said head coach Nate Gamet.  “However, we are learning and growing. We figured out a way to win tonight; three weeks ago we would have found a way to lose.”

NWOSU led for most of the first half and took advantage of a nearly three minute Aggie scoring drought set forth by a pair of blocks and turnovers to lead 21-11. However, CU would chip away at the deficit with a 10-0 run by Cameron Lee and James Cross to tie at 21. The game tied once more at 30, and the Aggies would pull ahead 33-32 in the last two minutes, but NWOSU scored four points from inside in the final minute to lead 36-33 at the half.

Cameron grabbed the lead back twice in the first 10 minutes of the second half, but could not capitalize beyond a one-point advantage. Fouls threatened to thwart the Aggies’ comeback hopes as the Rangers went 13-of-18 from the line, and CU struggled, hitting 2-of-8 for 25 percent.

CU grabbed their fifth lead of the game at 17 seconds remaining with a Ray jumper, but NWOSU answered with one of their own and drew the foul to tie the game at 70 but missed the free throw with Ray grabbing the board. Following the timeout with four seconds left, Ray’s inbound pass found its way to JV Long who dribbled his way through a season of NWOSU defenders to get a fingertip roll-in as time expired for the win.

“We got the win, but it’s tough when you’re shooting 25 percent at the arc and 50 percent at the line,” Gamet continued. “This was our ninth road game of the season already, so we’re ready to get back home and start league play soon.”

Cameron Lee led the Aggie offense with 19 points, hitting three of CU’s five treys. Ray was the other Aggie in double figures with 11 points in addition to eight boards. Lee and JV Long each contributed five assists for the Ags.

Northwestern Oklahoma (1-7) was led by Adrian Motley with a game high 21 points on the night.

CU edged the Rangers in rebounds (38-34) and had ten second change points to the Rangers’ four. Cameron had one more turnover (15-14) versus NWOSU, with the Aggies scoring 16 points off the takeaways and the Rangers netting 17.