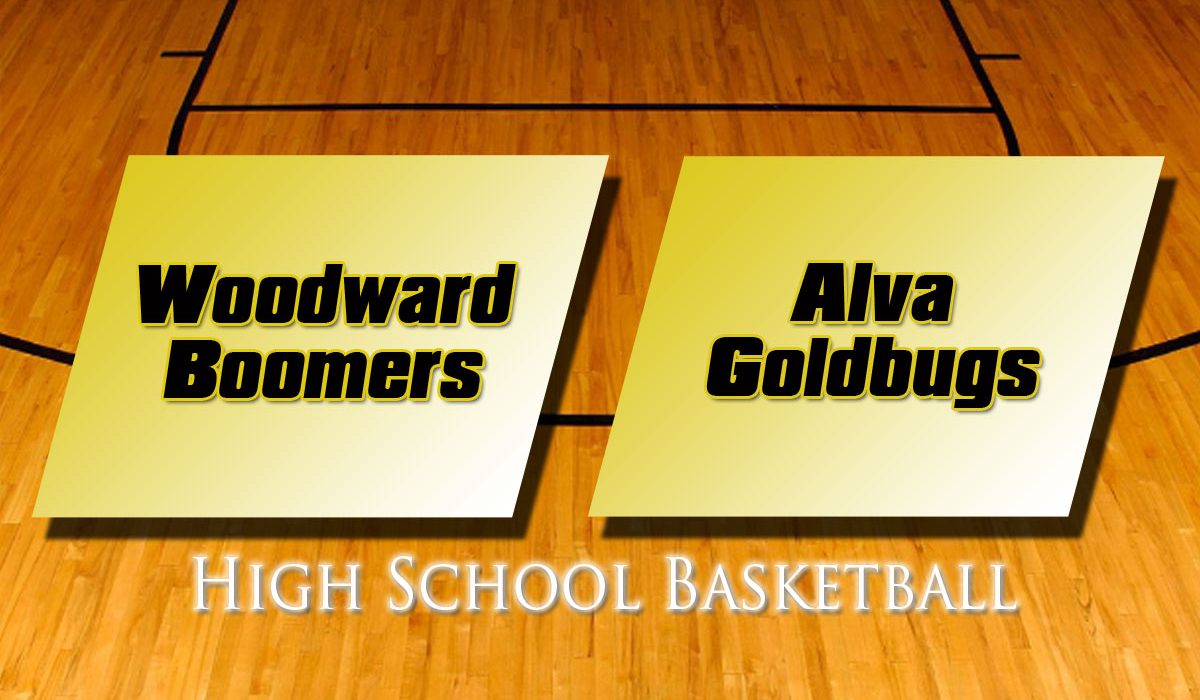 ALVA – The Alva Goldbugs defeated the Woodward Boomers in a contest that came down to the last shot by a final score of 49-47.

The Goldbugs victory was due largely in part to the birthday boy, Jacob Faulkner, who was red hot beyond the arc, at one point knocking down three three-pointers in a row. Alva also saw strong post play from senior Grant Ritter.

The Boomers were led by their big man Anthony Hickman who played well in the post and outside of it.

The Boomers take the lead early, 13-6. The quick start was due largely in part to Hickman’s play, which included a smooth fade away baseline jumper for two of his 12 points on the night.

The second quarter saw the Goldbugs draw closer to the Boomers, cutting the deficit to just four to end the half. Woodward’s Jackson Shirkey hit a buzzer beating three-pointer to end the half.

The third quarter was a battle of the big men, with Alva’s Ritter collecting 10 points through three quarters, and Woodward’s Hickman with 12 through three. After 24 minutes of play, the Boomers led the Goldbugs 37-31.

The fourth quarter is when the momentum shifted in the Goldbugs favor, the crowd got behind the team, and the points started going up on the board early and often. The turning point of the game was Faulkner hitting a three ball while drawing the foul. Faulkner missed his free throw attempt, but Ritter grabbed the offensive board and dropped in a layup for a five point swing.

Alva made a quick stop and gave the rock right back to Faulkner, where he hit another three point shot to tie the game up at 41 all. Alva then quickly took its first lead of the game, 43-41. After Woodward answered back to tie the game at 43, Faulkner remained hot from three-point land and made the game 46-43 with a minute and a half left.

In the dying moments of the game, Woodward stole the ball from Alva in their end and promptly called a timeout with 13 seconds left with the game at 49-47. Despite the timeout, the game would end at that score after a jumper to tie it clanged off of the rim and fell to the gym floor as the final buzzer went off.

The Goldbugs came away with a come from behind victory in thrilling fashion on their senior night. The Goldbugs will be back in action this coming Saturday night, in Alva.