Schedule changes Tuesday due to the weather 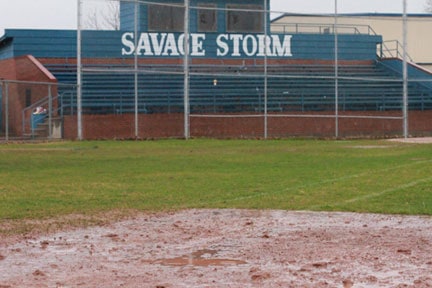 Here’s a brief overview of some of the postponements and cancelations due to the rain today.

The Lady Evangels’ next home date will be on Friday afternoon (Apr. 6) against No. 1-ranked Lubbock Christian at 2 p.m.

• CU, SNU, UCO – Due to an abundance of rain on the ground and in the forecast, Cameron has announced the postponement of today’s events.

Women’s Tennis’ 2:30 p.m. match against Southern Nazarene has been moved to 2:30 p.m. Wednesday at the Streich-Henry Tennis Complex.

Softball’s doubleheader against UCO has been postponed to a date to be announced in the coming week.

• SWOSU, OBU – Today’s baseball game against Okla. Baptist has been cancelled because of rain showers in Shawnee. SWOSU next plays Friday at Southeastern.

• RSU, USAO – Hillcat softball today vs. USAO on the road in Chickasha has been rained out.

• OC – The OC women at Shawnee Country Club and OC men at Gaillardia Country Club have had their starts today delayed by rain. Both tournaments still plan to finish final rounds today.

• MACU, BC, USAO – Today’s scheduled baseball doubleheader between the Mid-America Christian University Evangels and the Bacone College Warriors has been cancelled due to continued rain in the Muskogee, Okla. area.  The games are not scheduled to be made up this season.

The Evangels will next begin a three-game series at USAO on Thursday afternoon (Apr. 5) at 3 p.m. in Chickasha, Okla.

MACU will then wrap up the series by hosting a doubleheader against USAO on Saturday afternoon (Apr. 7) at 1 p.m.

Softball is working on a rescheduled date and tennis will play Wednesday at 2:30 p.m. at Cameron.

• OSU – Due to rain and the potential for more later today, Oklahoma State’s baseball game against Wichita State scheduled for tonight at Allie P. Reynolds Stadium has been canceled. The game has not been rescheduled at this time.

The Cowboys return to Big 12 Conference play this weekend when they host Kansas. Friday’s first pitch is set for 6:30 p.m.