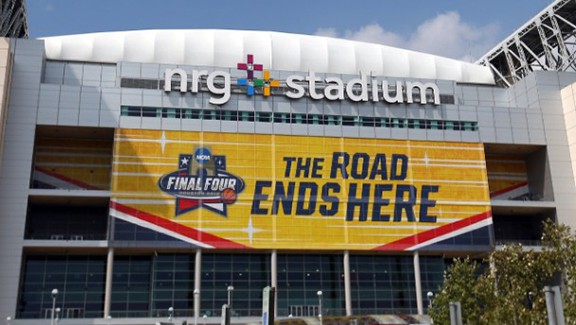 The day has come. Today is the final day of college basketball until sometime next fall. Villanova and North Carolina meet tonight in Houston on what Jim Nantz will at some point refer to as ‘College Basketball’s Biggest Night.’

The college basketball season stretches from November until April, with the breadth of the championship season referred to as March Madness. It’s a long season, yes, but one that helps us through those short days in the winter with games each night of the week and ends with 68 teams competing in a three-week extravaganza for the ultimate prize.

As a lifelong fan of the University of Kansas, I’ve been lucky enough to witness my favorite team play on College Basketball’s Biggest Night on three occasions, with none more memorable than April 7, 2008. For some who might not remember, that was the night of Mario’s Miracle and the Jayhawks 75-68 victory over Memphis and a night I will never forget.

As a resident of the state of Oklahoma for the past four March’s, I think it’s necessary to reflect on what has been a great year of college basketball in the state. While it ended on Saturday evening, the Oklahoma Sooners had a great run to the Final Four behind Buddy Hield, who was named the Naismith Memorial Player of the Year on Sunday. OU finished the year 29-8 and advanced to their first Final Four since 2002 under fifth-year head coach Lon Kruger. The Sooners success under Kruger hasn’t gone unnoticed with two of his assistant coaches, Steve Henson (UT-San Antonio) and Lew Hill (UT-Rio Grande Valley), accepting head coaching positions leading up to the Final Four.

At the NCAA Division II level, East Central earned a share of the 2016 Great American Conference regular season championship for the first time and Rogers State won their first Heartland Conference Championship in dramatic fashion with a double overtime victory at Dallas Baptist in the final game of the season.

In the sports world, it’s easy to look ahead and begin getting excited for the seasons that are upcoming and quickly turn the page. This year, before doing so I encourage you to first look back at what was a great year of basketball in the Sooner state.

And then tune to TBS around 8:15 this evening and enjoy ‘College Basketball’s Biggest Night,’ which concludes with one of my favorite traditions in sports, One Shining Moment.