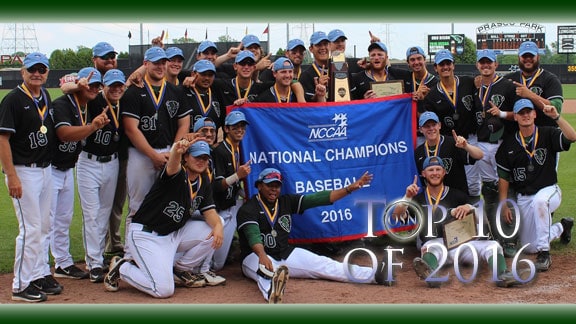 It is simply the dream scenario.

Oklahoma Baptist outfielder Hunter Heath got to experience this scenario in real life. And his at-bat is one that will resonate in OBU baseball lore for, well, likely forever. 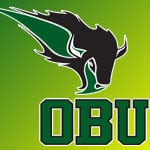 With teammates Kyle Abblitt, Austin Cooper (pinch running for Cody Ziegler) and Dustin Cook on board, and the score tied at 4-apiece, Heath took the first pitch, a curve ball, over the right center fence.

A walked his team off into glory.

The 8-4 win secured the NCCAA national title for the Bison.

It is even more special for the program in that it is the first national championship for legendary Hall of Fame coach Bobby Cox. Cox now has 1,260 wins in 32 years at the helm. His teams have never had a losing season.

Heath was named the tournament’s Most Outstanding Player, with 12 RBI through six games and an .840 slugging percentage.

And a scenario that is no longer just a dream. It’s a memory.