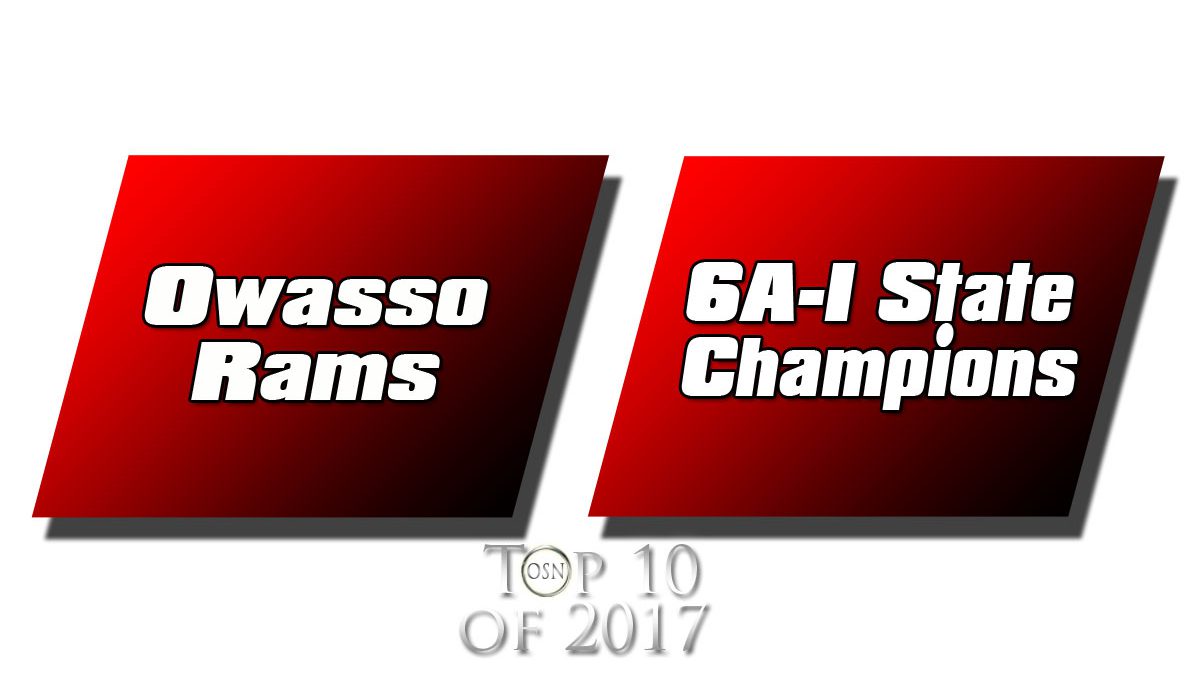 That was the last time any team other than Jenks or Union had won the football state championship in Oklahoma’s largest class.

The Owasso Rams, defeated the Union Redskins, 21-14, to take down the defending champs and win the 6A-I title.

Owasso (12-1) also avenged its only loss of the year, a regular season loss to Union, 44-41 in double overtime.

To reinforce the Jenks/Union streak was over, Owasso defeated Jenks, 21-0, in the state semifinal.