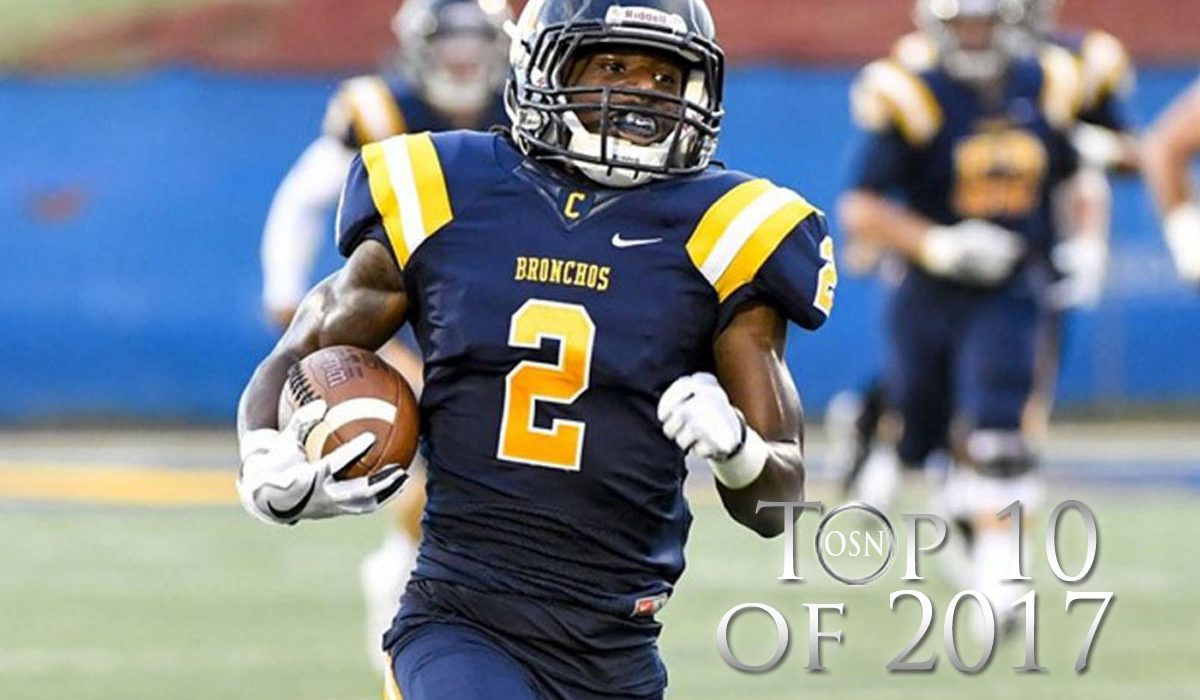 The Bronchos opened the year 1-3, but Coach Nick Bobeck and the boys righted the ship and won seven of the next eight. UCO picked up six straight wins to end the season, capped by a 38-31 victory over Tarleton State in the inaugural Corsicana Bowl.

Senior quarterback Chas Stallard (Cleveland H.S.) finished his UCO career at the top of many lists in the program record book, including career marks in passing yards, passing touchdowns and total offense.

Senior receiver J.T. Luper helped Stallard with some of those totals and had a stellar campaign in 2017 in his own right. The MIAA Player of the Year finished his final year with 110 receptions for 1,593 yards and 12 receiving touchdowns. In a 53-52 thrilling win over Emporia State, Luper had 12 catches for 240 and four TDs, and in just the fourth quarter, brought in six catches for 93 yards and scored three times. Luper was a Harlon Hill Award finalist and earned All-America honors from the AFCA, the Conference Commissioners Association and the Associated Press.